#1 Report on the development of AlterLock

Now we are planning the housing, electronic substrates and antennas design of the device. Also, we are developing the apps for the Bicycle Guard Service. The schedule is the following.

We have released the first generation of AlterLock since 2018 in Japan. And we could get a lot of feedback from users. We have considered all the feedback and will update the following features.

We are adjusting it so that it is two to three times higher in physical terms. We are aiming for a 10 dB increase in sound pressure. To increase the volume, the buzzer itself needs to have a larger diameter, more space for reverberation, and a coil for higher voltage. However, due to the thinness and slenderness of the Alter Lock's housing, it was very difficult to find the right components and space to do this. For the coils, we have designed custom components.

By reducing the width of the device itself, it can be fitted to aero frames, which are the norm for middle grade and above road bikes, without worrying about it sticking out to the sides. Our aerodynamics experts advised us that there is no significant difference in performance between the current Alter Lock and the bottle, but as a cyclist we wanted to be sure. We will also be adopting a different mounting orientation policy to the current version, so that no part of the device affects the design of the frame.

We are planning to improve the vibration detection system so that it can be used safely in cycle racks. The vibration detection uses an acceleration sensor to sound an alarm if the acceleration exceeds a set threshold. However, even when the sensitivity is set to low, the system can detect vibrations caused by the wind on the bike rack, but vibrations such as those caused by neighboring bicycles hitting each other can be surprisingly loud and cause the system to react in some cases. For cyclists, the case of parking on a bike rack can never be ignored. We are looking into implementing an algorithm to deal with this. We are also planning several other quality and functionality improvements, as well as Bluetooth improvements and updates to the app, which we hope to announce later. 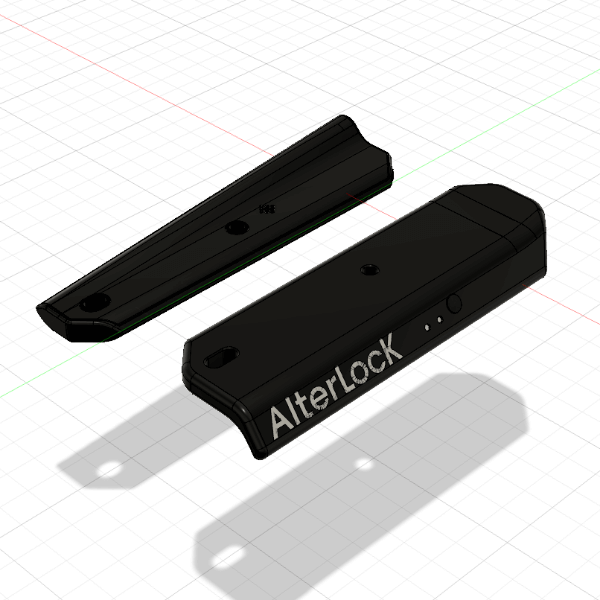 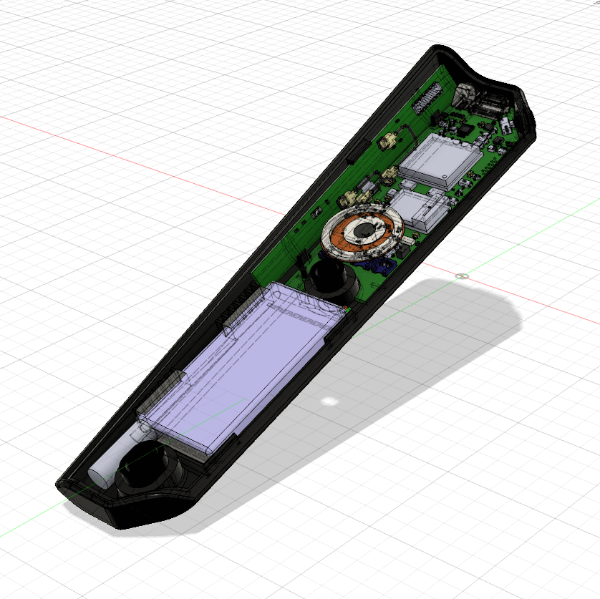 This is an image of the internal design. The board size is half of the current version, and the most advanced hardware and antenna experts have worked hard to devise the best possible parts placement and wiring, design custom components, and ensure and improve antenna performance.

There are also several other quality and functionality improvements. We are also planning to make improvements around Bluetooth and to the app, which we hope to announce later.

*Please note that the information might be changed before the release.

This site uses cookies to understand how you use the site and to help us improve convenience. If you agree to the use of cookies, please click the "OK" button.
SettingsOKNG
Manage consent

This website uses cookies to improve your experience while you navigate through the website. Out of these, the cookies that are categorized as necessary are stored on your browser as they are essential for the working of basic functionalities of the website. We also use third-party cookies that help us analyze and understand how you use this website. These cookies will be stored in your browser only with your consent. You also have the option to opt-out of these cookies. But opting out of some of these cookies may affect your browsing experience.
Performance

This cookie is used to collect data about how site visitors use our website. It is used to understand and analyze key performance indicators of the website and helps us provide a better user experience to our visitors.

These cookies are used to help us understand how visitors use our website. These cookies help us to provide indicative information such as number of visitors, bounce rate, traffic sources, etc.

This cookie is necessary for the proper functioning of our website. It is anonymous and maintains the basic functionality and security features of the website. This cookie does not store any personally identifiable information.

This cookie remembers the choices you have previously made within our website and provides more customized features to site visitors. It helps us perform certain functions, such as sharing website content on social media platforms, collecting feedback, and other third party functions.

Save & Accept
Powered by